Gross Violations against Refugees along the Belarus-Poland Border Must Be Stopped! 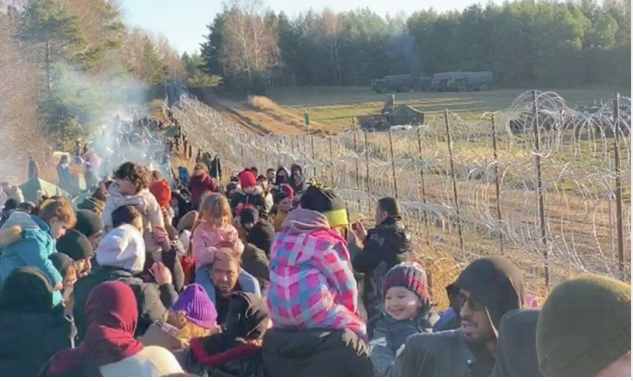 Thousands of refugees and immigrants are stranded under very challenging inhumane conditions along the Belarus-Poland, Belarus-Lithuania and Belarus-Latvia border line and are not allowed to cross the border. This state of affairs has been pending since July 2021. It has been reported that at least ten people lost their lives because of the harsh winter conditions. The situation of the refugees amounting to tragedy is being closely monitored by international human rights organizations as well.

İHD would like to share with the public its call on the concerned countries, especially the EU, and the UN to take the necessary measures and assume their responsibilities to end this human tragedy. İHD would also like to underline the necessity that instrumentalization policies towards refugees and immigrants should be put to an end, peaceful policies should be pursued by initiating conflict resolution processes in order to establish stability in regions turned into spaces of armed conflict and civil war, prominently those in the Middle East, and the conditions that force people to leave their countries should be ended. İHD urges the UN, the Council of Europe, the EU and the concerned countries to act in line with the human rights of refugees and asks them to put an end to such tragedy without delay.